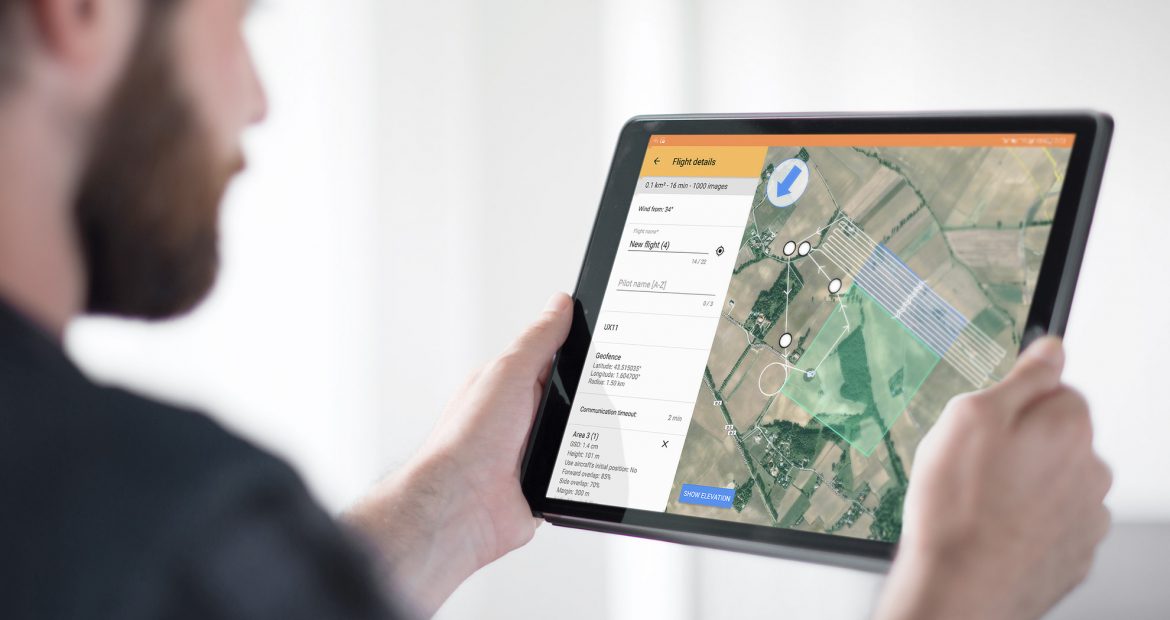 Right from the flight management app (Delair Flight Deck), the pilot can now easily leverage the dual communication capabilities of the Delair UX11 by simply switching from 2.4 GHz band used to communicate with the ground control station to cellular, even on-the-fly to keep continuous command and control of the drone.  To make the aerial data collection process more efficient, the Delair UX11 can automatically adjust the location and quantity of photos to be shot to find the perfect balance between quality photogrammetry and data processing time. Pilots will also save valuable time by now having the ability to seamlessly start a new flight that simply resumes and completes an incomplete flight plan.  To get better mapping photos, advanced users can fine-tune the camera settings by adjusting shutter speed, ISO, and exposure value (EV) even during a flight.

One of the key features of the Delair UX11 unmanned aircraft system (UAS) is its ability to evolve.  The Delair UX11 was specifically designed with the intention to continually develop on it and add more functionality over time.  As feedback from users in the field comes through Delair’s doors, the team is eager to convert that information into new product features and workflow enhancements.

Easily switch between 2.4 GHz and cellular communication links in flight 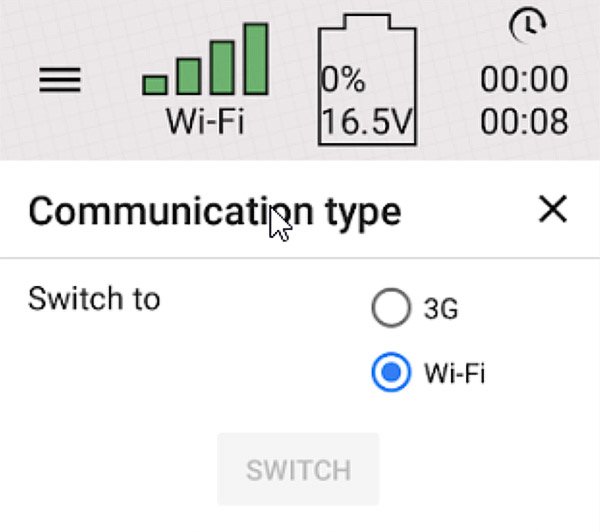 The Delair UX11 is unique in that it offers dual communications systems including both 2.4 GHz and cellular (3G) for command and control of the aircraft.  A new software feature enables a pilot to operate the Delair UX11 in more conditions and with a redundant communication link that they can leverage when the other is weak.  For example, when using the standard 2.4 GHz comm link with the Delair Link communications module, the signal may be disrupted based on the range between the drone and the ground control station, obstructions in the area such as hills or buildings, or other competing frequencies that cause signal interference.  In this situation, a pilot can now simply switch from 2.4 GHz to cellular – literally on-the-fly – with the push of a button in Delair Flight Deck, enabling continuous command and control of the drone. 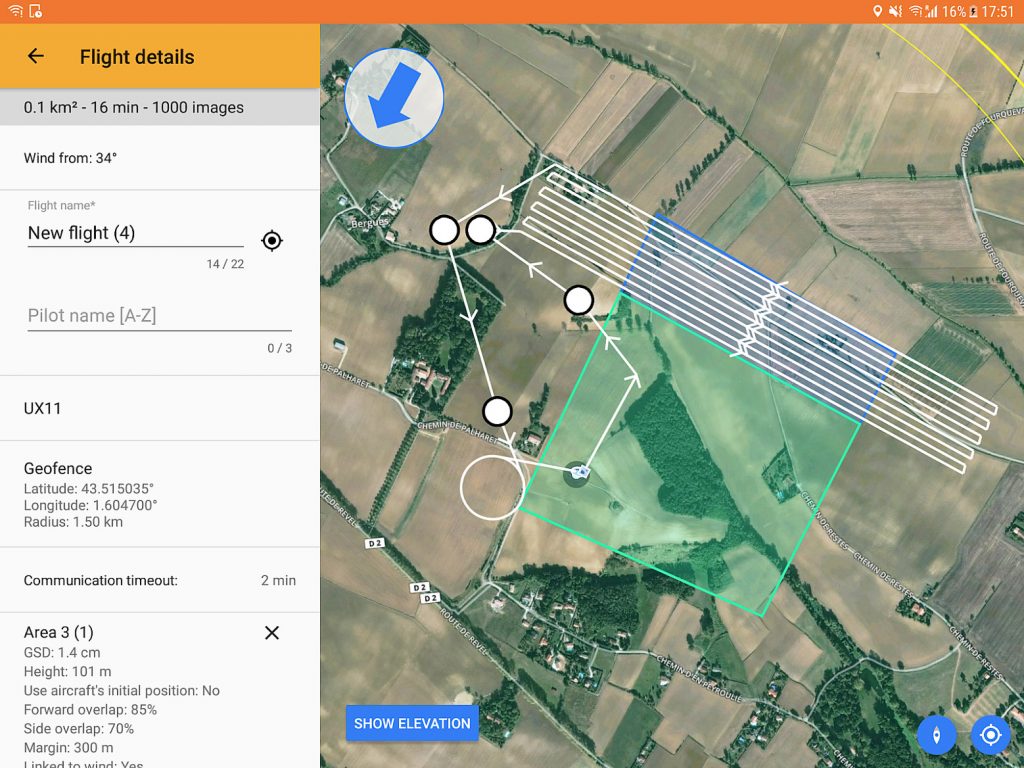 Many operators of the Delair UX11 want to map large areas.  When planning a flight at the maximum range of the system specifications, things can change by the time the drone is in the air based on wind, temperature, air traffic, or diversions.  Sometimes this means a flight plan cannot be completed. Rather than manually planning a new mission to cover the remaining area in the original flight plan, the new version of Delair Flight Deck will automatically create a new flight that simply resumes and completes the original flight plan.  This allows you to quickly swap batteries and get the drone back in the air without delay.

This screenshot shows in green the area covered by the original flight.  The remaining area is automatically computed (in blue) and flight lines automatically generated to cover it.

Not taking enough photos is an obvious problem for people wanting to do photogrammetry with drone data because too few photos means no maps at all, but taking too many photos can prolong your data processing time.  Delair has taken a smarter approach to geographic photo triggering in Delair Flight Deck where photos are triggered based on the location, flight height (above ground), ground speed and configured forward overlap. This means photos are only taken within the desired area of interest with a reasonable buffer just outside it in order to ensure good quality photogrammetry processing of the target area.  The pilot simply selects their desired GSD, side overlap, and forward overlap, and then these figures are sent to the drone to automatically determine when and where to take photos. Not too few, but not too much! 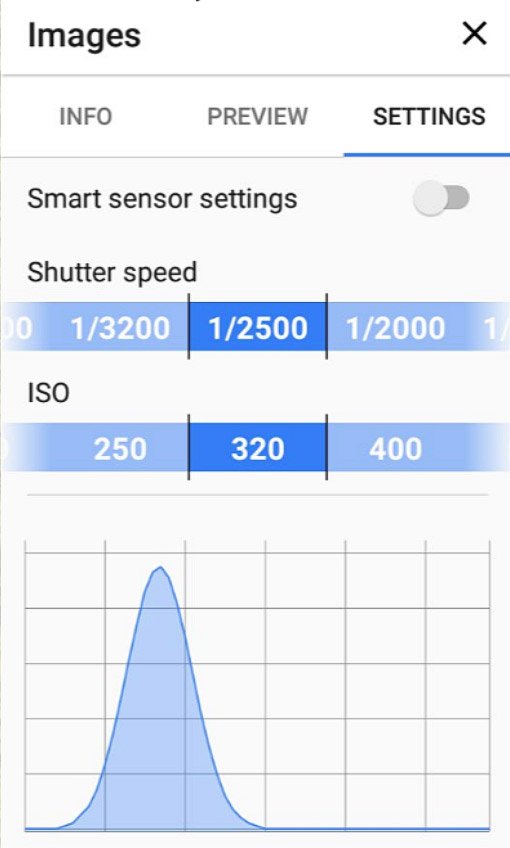 The Delair UX11 may be the only fixed-wing mapping drone that enables a user to change camera settings mid-flight and view the photos while the drone is in the air. This fully-integrated camera system is powerful, and now it is even better. While most operators will opt to use the default Smart Settings in Delair Flight Deck, many more experienced users wish to have more control over the camera sensor itself. The Delair UX11 camera settings in Delair Flight Deck have now changed to allow more user-friendly, industry-standard manual camera settings that are relevant to mapping.  Shutter speed and ISO can be changed by manually selecting the desired value.

In addition to these features, other performance improvements and minor features have been added to the latest software release for the UX11 such as:

You can expect to continue seeing improvements and new functionality added to this professional mapping drone in the coming months and years!