First of all, it’s a simple observation : electric drones don’t have enough endurance for long-distance flights, they need something more. The solution lies in one of the biggest hopes for the future of the aviation industry : hydrogen. Thanks to fuel cells, it is believed that drones will fly two to three times longer. Indeed, this technology provides an energy density two to three times better than the best lithium batteries. Starting from this assumption, Delair decided to adapt one of its operational drones, the DT26, to be powered by hydrogen : the Hydrone project was born.

Hydrogen-powered drones already existed, but it was mainly used as demonstrators. Delair really had a willingness to associate this technology with its 6 years-long BVLOS certified drone, with its fully operational EO/IR payload in order to make the system operable.

It couldn’t have been done without help

Hydrone was financed by the DGA (French Directorate General of Armaments) through the RAPID grant procedure, which helps projects innovating on both the military and civil market, and includes two parts : the drone and a mini hydrogen station to produce locally the hydrogen to refill it. While the drone is carried out by Delair, the hydrogen station is designed and manufactured by Ergosup, an innovative start up which developed a promising high-pressure hydrogen production process allowing on-site hydrogen supplies. 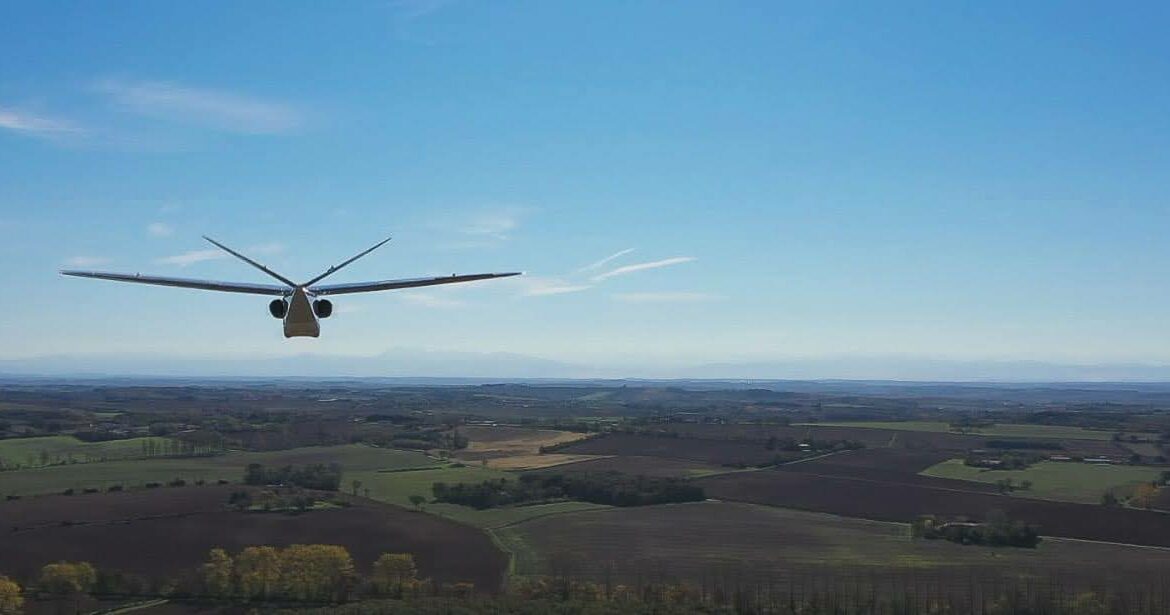 Hydrone is a huge breakthrough for the drone industry, as, compared to the DT26, it is two times more enduring, reaching the flight time of a helicopter. It is also, as the DT26, silent, and so discreet, opposed to combustion engine powered drones. Thanks to that, it has a wide range of applications : civilian, through its long autonomy, but also military. Indeed, in addition to being silent, it also doesn’t have a radar signature, which makes it almost undetectable.

But the most interesting breakthrough probably lies in its environmental aspect. For observation missions that are similar in terms of performance, one hour of helicopter spends in average 100kg of kerosene, whereas 1 hour of Hydrone spends… 25g of hydrogen. Thus, the reduction of kg eq CO2 emissions is about 99,99%. With such figures, it seems obvious that hydrogen is one of the best solutions to reduce the environmental impact of surveying jobs. Because of those encouraging results, the Hydrone has been labelled by the Solar Impulse Foundation which awards both ecological and innovative technological solutions that have a real potential of economic success.

When taking into account all the costs (investment, MRO, disposal) over the whole lifetime, Hydrone is between 8 to 16 times cheaper per flight hour than an average helicopter.

…With a highly promising future

The results from the Hydrone project are already very encouraging, but the adventure is not over. In the future, Delair’s vision is to be the European leader of drones for Industry, Security and Defense. It means making drones that fly farther and longer. Therefore, Delair will keep creating drones especially around hydrogen, which will lead to better performance.

The Hydrone project is paving the way for a new generation of drones that will drastically enlarge the possibilities for our customers. We truly believe that tomorrow’s long range drone will be hydrogen powered.

See the video of the first flight