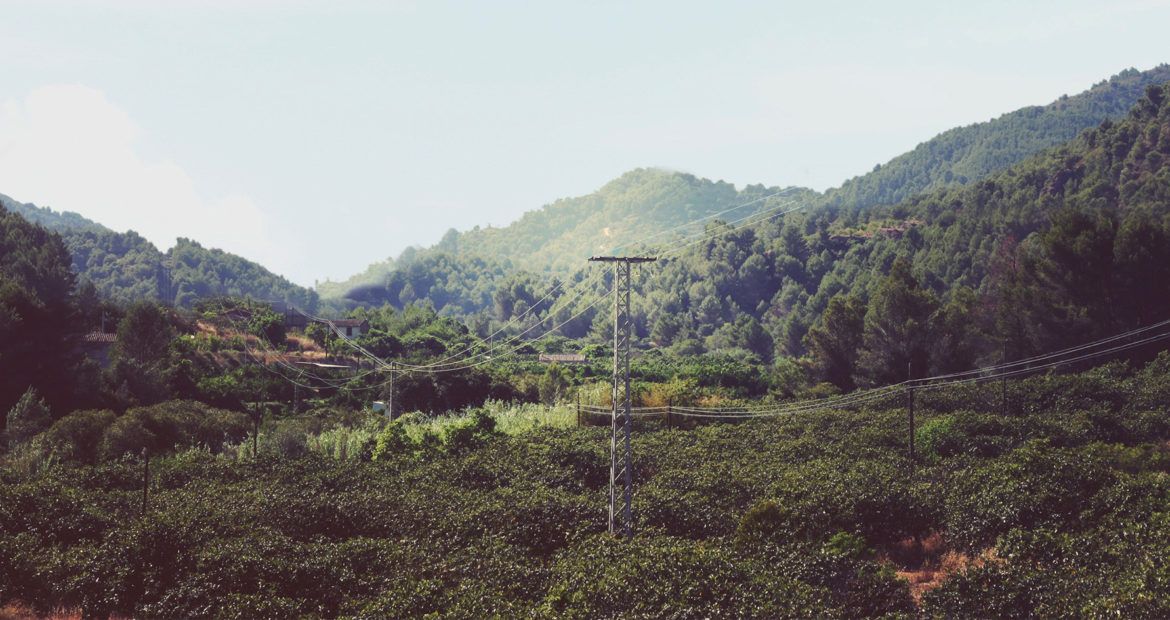 EDF (Electricity of France) is a French Electric utility company who, with a portfolio of 120,000+ megawatts, is the largest producer of electricity in the world.

EDF spends the majority of its maintenance budget on pruning vegetation that is near power lines. Vegetation that is too close to live electrical cables can cause network outages or fires. To avoid this, they must access the presence of trees and vegetation in critical areas.

Today these assessments are made by people on foot and observers on helicopters. These methods are expensive, unresponsive, and inefficient. EDF asked Delair to deploy its next-gen acquisition solutions and image processing techniques to identify vegetation encroachment hotspots.

Delair advised employing its DT18 HD drone package equipped with the fully-integrated, survey-grade DT-3Bands RGB camera. Equipped with this sensor, the DT18 airframe performed the routine 2D and 3D mapping of the power transmission line corridor. In order to model the power line itself and calculate the distance from the vegetation to the power line, Delair proposed using its proprietary advanced image processing cloud platform and displayed this information in a report through it. The information was also integrated directly into EDF’s GIS (Geographic Information System) software.

EDF comissioned Delair to inspect their entire power transmission line network in French Guiana. 150 km of network was flown with the DT-18 in 2 days. Wet weather and periods of light rain were no issue for the DT18 HD as it mapped the infrastructure and its vegetative surroundings.

Putting the data to work. 40,000 images were captured by the UAV during the 4 flights in french Guiana. The images were analyzed by Delair photogrammetry experts which use proprietary algorithms developed specifically for the needs of large, industrial end-users:

A final and ready to use report that includes the GPS coordinates of trees to be cut, identities of the transmission towers in the vicinity of the anomalies, and estimates on the quantity of vegetation to be cut was delivered to EDF. Further analysis was made possible on the Delair cloud platform, as well as the integration of the data on EDF’s own GIS (Geographic Information System) software.

WHY DID THEY CHOOSE DELAIR?

Do you want more information?