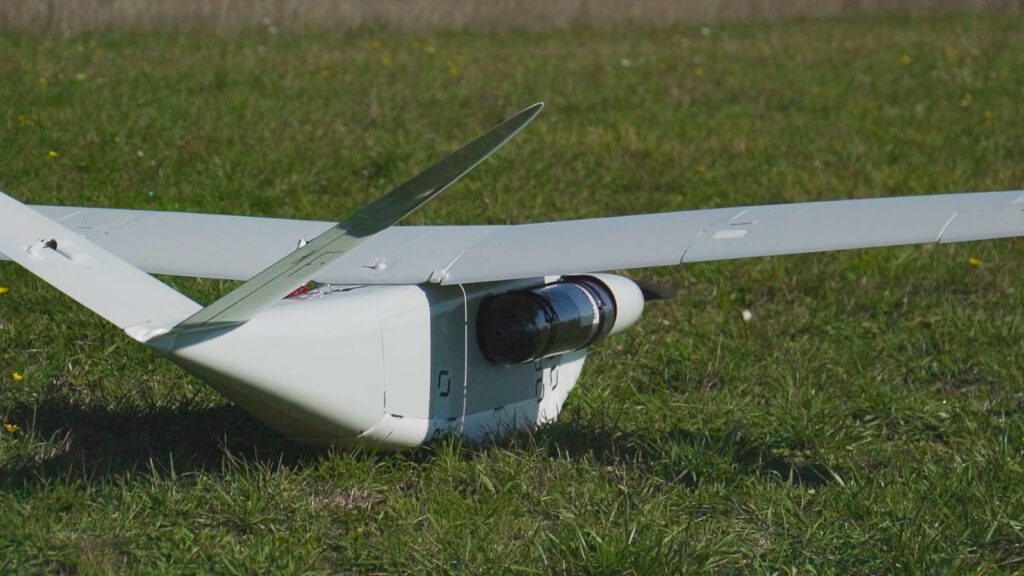 The Hydrone has been labelled “Solar Impulse Efficient Solution”, a proof of its sustainability and its efficiency

The Hydrone has been added to the 1000 solutions of the Solar Impulse Foundation ! After a study conducted by external and independent experts, it was attributed the “Solar impulse Efficient Solution” Label.

Toulouse, France – 22nd April, 2021 The Hydrone, our hydrogen-powered DT26 drone, is a huge breakthrough for the drone industry : compared to the DT26, it is two times more enduring and reaches the flight time of a helicopter. It is also silent (less than 50 dBA at a distance of 100m) and discreet (no radar signature) which makes its applications go from civilian to the military. But the most interesting breakthrough probably lies in its environmental aspect : for similar observation missions, the Hydrone emits 99.99% less kg eq CO2 than an helicopter (100kg of kerosene vs 25g of hydrogen).
All these benefits are not at the expense of the price : the Hydrone is between 8 to 16 times cheaper per flight hour than an average helicopter (all the costs over the whole lifetime are included).

To receive the “Solar Impulse Efficient Solution” Label, the Hydrone was examined by independent experts according 5 criteria taking into account Feasibility, Environment and Profitability. All labelled solutions are part of a portfolio that will be presented to decision-makers in business and government by Bertrand Piccard, Chairman of the Solar Impulse Foundation. The aim of this initiative is to encourage the adoption of more ambitious environmental targets and fast-track the implementation of these solutions on a large scale.

One of the first labels for positive impact businesses bringing together protection of the environment and financial viability, the “Solar Impulse Efficient Solution” Label is attributed following an assessment performed by external independent experts. In collaboration with renowned institutions, solutions applying for the label must go through a neutral methodology based on verified standards. This label serves as an award for clean and profitable solutions.

About the Solar Impulse Foundation :

The Solar Impulse Foundation is dedicated to accelerating the implementation of clean and profitable solutions. Moreover, the Foundation is helping decision-makers in businesses and governments to achieve their environmental targets and adopt more ambitious energy policies, which are necessary to pull these solutions to market. A way to carry the success of the first solar-powered flight around the world further.

With over a decade of experience, Delair is the international leading provider of high performance drone-based solutions. It helps companies and governments to deploy UAV technology, execute technical studies and develop drone systems. Thanks to its team of professional pilots, engineers and a production chain entirely controlled to ensure product quality, several generations of professional field-proven drones – including the world’s first commercially certified BVLOS drone – assisted industry and military. Already certified ARP-4761 &  DO-178, Delair is a specialist in fixed-wing BVLOS drones headquartered in  Toulouse which employs 100 people, half of whom work solely on drones.